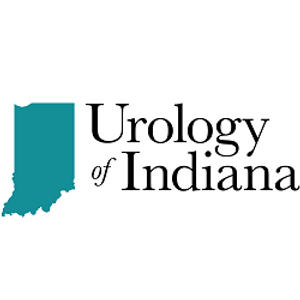 Urology of Indiana has 29 board certified urologists, 4 board certified urogynecologists and 14 licensed advanced practice practitioners who see patients in 16 locations throughout central Indiana. We provide complete diagnosis and treatment for urologic disorders in men, women and children. Our care team stays current on the latest advances in urologic care and are leaders in bringing new technology and treatment options to Indiana and the Midwest.

This photograph was taken at the William P. Didusch Center for Urologic History at the American Urological Association, Baltimore, Maryland, which opened an exhibit in October 2006 featuring Dr. Wishard and his contributions to urology.

While we have been together for over 20 years as Urology of Indiana, we also have roots dating back to 1887 as the oldest operating urology practice in the country.

In 1887, William Niles Wishard, MD, founded his medical practice in Indianapolis, Indiana to specialize in the field of genitourinary surgery. He served as urology chairman for 49 years at what is now known as the Indiana University School of Medicine in Indianapolis, was president of the American Urological Association and served as vice president of the American Medical Association.

Dr. Wishard was superintendent of the City Hospital in Indianapolis, which had fallen into disrepair after the Civil War. A century later the Marian County General Hospital would take its name from him. (later renamed Wishard Memorial Hospital).

Apart from his professional activities, Dr. Wishard was influential with the Indiana Legislature in matters of public health and education. His significant input led to the creation of the Indiana Medical Licensing Act and the Indiana State Board of Health.

Dr. Wishard and his two partners, Homer G. Hamer, MD and Henry O. Mertz, MD, were the founding members in a medical practice that would eventually become Urology of Indiana in 1997. We are proud to follow Dr. Wishard's example by continuing to be leaders in the field of urology.